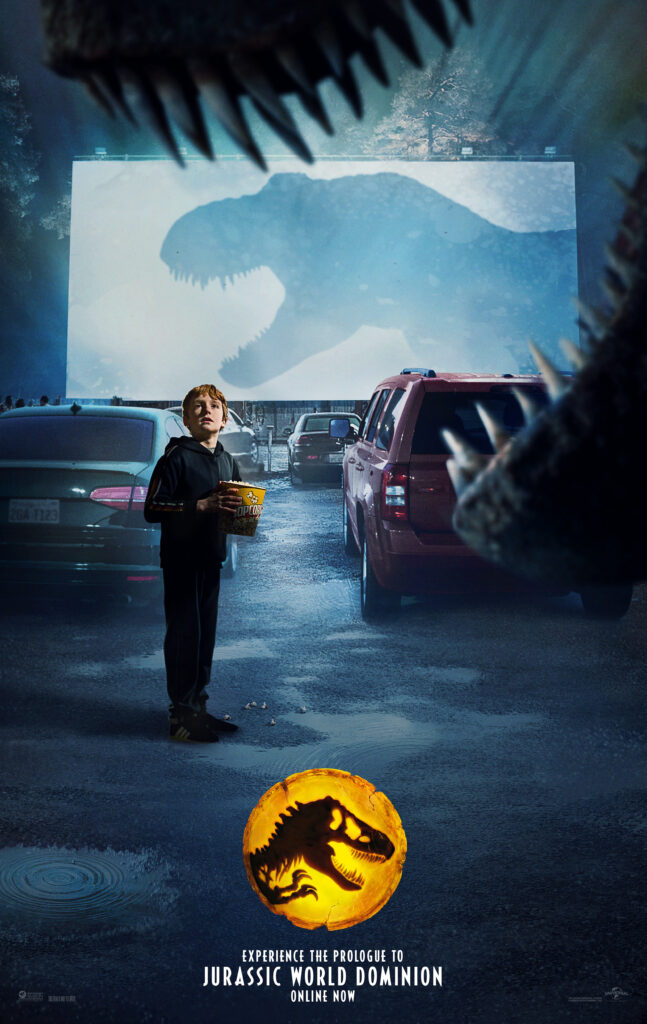 Universal just released The Prologue, a new, five-minute special prologue to Jurassic World Dominion. The Prologue is directed by Dominion director and co-writer Colin Trevorrow, is not featured in the film itself but is separate, original content. The Prologue serves as the beginning of a story that will be continued in theaters next summer. I just finished watching it and all I can say is wow!

It looks like this movie will pick up right where the last one stopped. With a dinosaur running loose.

And yes Chris Pratt and Bryce Dallas Howard will be reprising their roles as Owen Grady and Claire Dearing!

I am so excited for Peyton to get home from school so I can show her The Prologue. She is going to flip out! She has been waiting, somewhat impatiently, for this film. When we went to Universal Orlando last fall we missed the new Jurrasic roller coaster opening. And we didn’t get to spend much time in the Jurrasic Park section as much of it was under construction.  Trust me, I have not heard the end of it. And she’s demanding to go back. But maybe I can buy myself a little more time if I let her have a movie party with friends? Her birthday is at the end of May so we could do a belated party. It could work.

So here is a recap of the details I know about the release of Jurassic World: Dominion –

Chris Pratt and Bryce Dallas Howard are back!

The Prologue features seven new species of dinosaurs that have never been seen in a Jurassic film before, created by the legendary Industrial Light & Magic, which has created visual effects for every Jurassic film, including Jurassic World Dominion.

Are you excited? Can you wait for June?

If I learn more about the movie I’ll be sure to share!