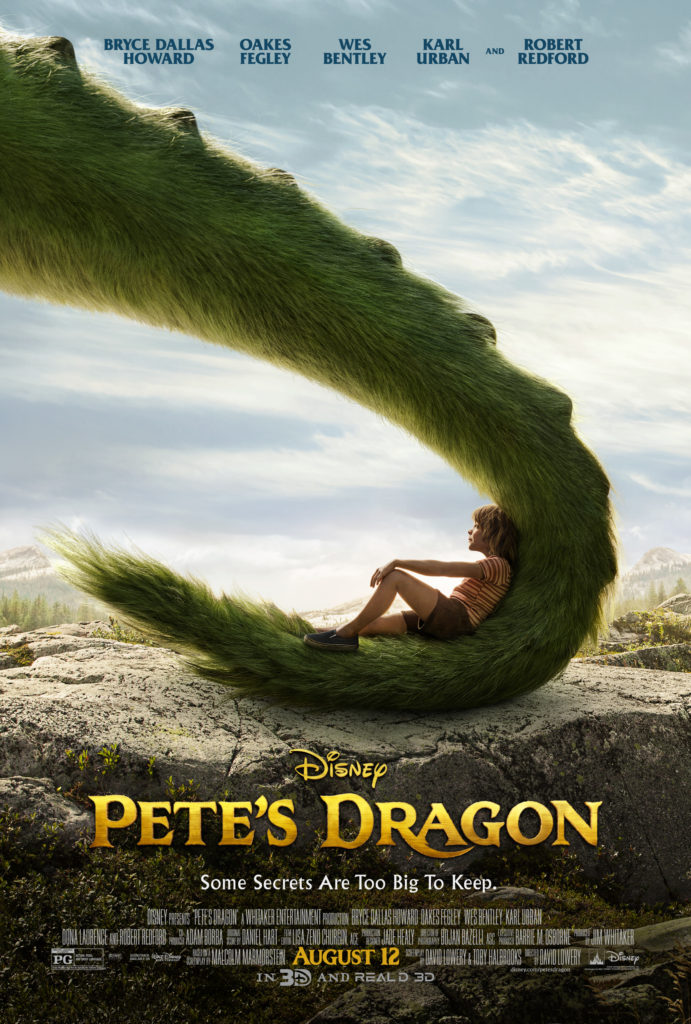 Pete’s Dragon will be released in August at theaters nationwide. I remember growing up and watching the original Pete’s Dragon, now Disney has gone and reimagined Pete’s Dragon for today’s children. I know Peyton and I will be seeing Pete’s Dragon when it comes out next month. But until then we have a few new movie trailers for you all!

Wow! Disney did an amazing job with Elliot. Though I must admit I was a little shocked with Pete jumped off the cliff! I know he’ll be ok but as a mom it still took my breath away.

The believer meets the skeptic. In this clip, we see Mr. Meacham telling the children about his encounter with the green dragon, also known as Elliot. Grace walks through the group and tells them while she has seen many animals out in the forest she has never seen a big green dragon. I love the exchange between Grace and her father, Mr. Meacham. Those words are so true – Just because you can’t see something doesn’t mean it isn’t there. And just because you say it’s true doesn’t mean it is.

As  you can see from the clips the actors did a fab job! I think this is going to be a wonderful movie to end the summer on. I cannot wait to take Peyton!

While you are waiting for Pete’s Dragon to come out I have an activity packet to pass the time. Filled with 5 fun filled activities! Your child will get to Discover Hidden Dragons, Go on a Micro Quest, Liberate Your Library, Frame a Friend and Build a Dragon’s Lair.

Enjoy the activities! And be sure to see Pete’s Dragon next month!