Looking for a new children’s book to add to your bedtime story routine? Henri’s Hats written and illustrated by Mike Wu is an imaginative story about going on adventures through family antiques or treasures. The main character of the book is Henri and his grandpa. 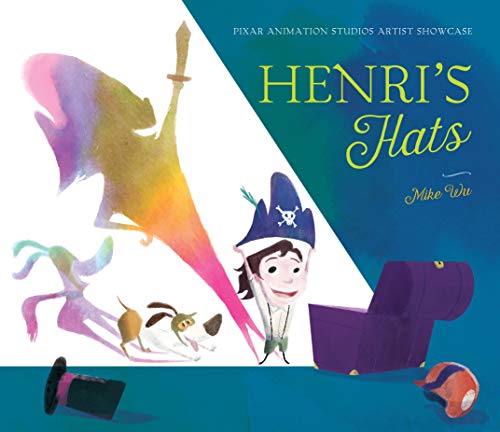 We start the story with Henri taking a train ride to visit his grandpa. But while on the train Henri is only interested in playing his game and his hat he is wearing, that is until the dog, George steals Henri’s hat!

As Henri hunts for his hat that George stole from him, he ends up at a trunk full of hats! A whole trunk just filled to the top with all kinds of hats. So Henri starts o try on each hat and imagines himself in different scenarios based on the hat he is wearing. Henri doesn’t even notice the time passing or what is going on around him. But when Grandpa finds Henri and George he decides to tell Henri the real stories behind all those hats. And that’s when the real adventure begins.

Henri’s Hats is available in your local bookstore or online.