Can you please that in just over a month Avengers: Infinity War will be hitting theaters? They have moved up the release date by a week and now they just released a new trailer!

Peyton has seen nearly every Avengers movie and she cannot wait for this one!

Here’s a quick little recap of what to expect in Avengers: Infinity War –

After the events of Captain America: Civil War, the Avengers remained fractured into two separate factions. However, nothing could prepare both sides for the greatest threat they’ve ever faced: the mad titan Thanos has claimed the six Infinity Stones and is about to use the power of the Infinity Gauntlet to wipe out the entire universe, starting with Earth. Thus, with the fate of Earth and the universe at stake, it will take both sides of the Avengers alongside the Guardians of the Galaxy to take down Thanos for good and save the universe from the brink of destruction.

I love it that Guardians of the Galaxy will be in this one too! And Peyton is super excited to see Groot and the Black Widow, those are her 2 favorite characters. 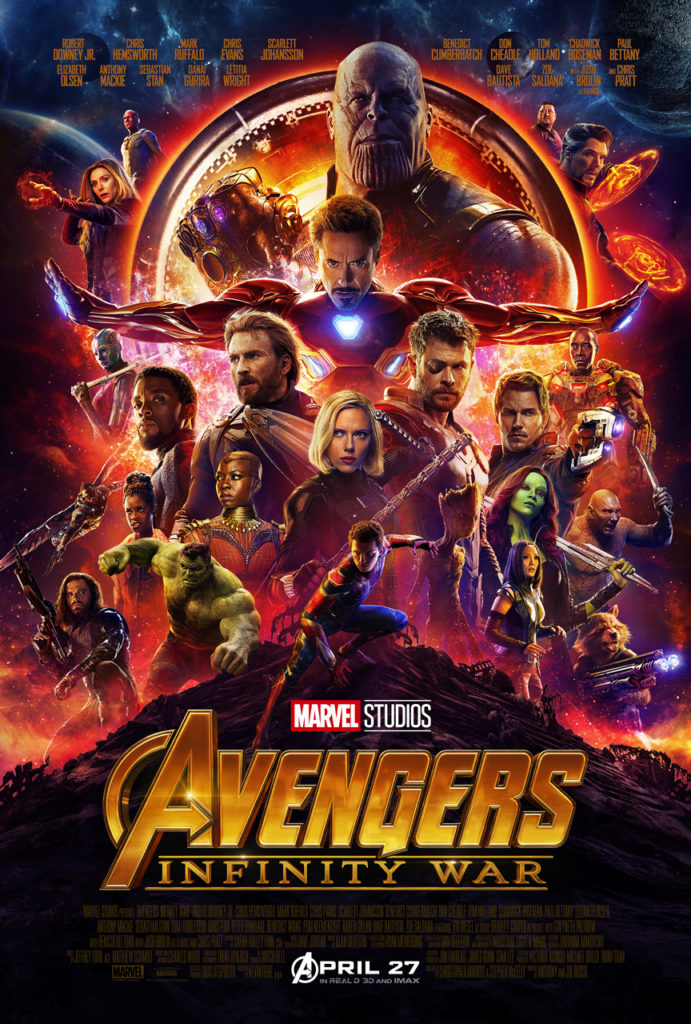 We will be sure to keep you updated on new trailers and of anything else we hear about Avengers: Infinity War over the next month!