The Como Zoo was the first zoo that I ever visited. Growing up in the Twin Cities it was the place to go. I’ve been on numerous school field trips to the Como Zoo and taken Peyton several times as well. But today, we were going to do something we had never done before. We were going to be making enrichment (treats) for the polar bears! 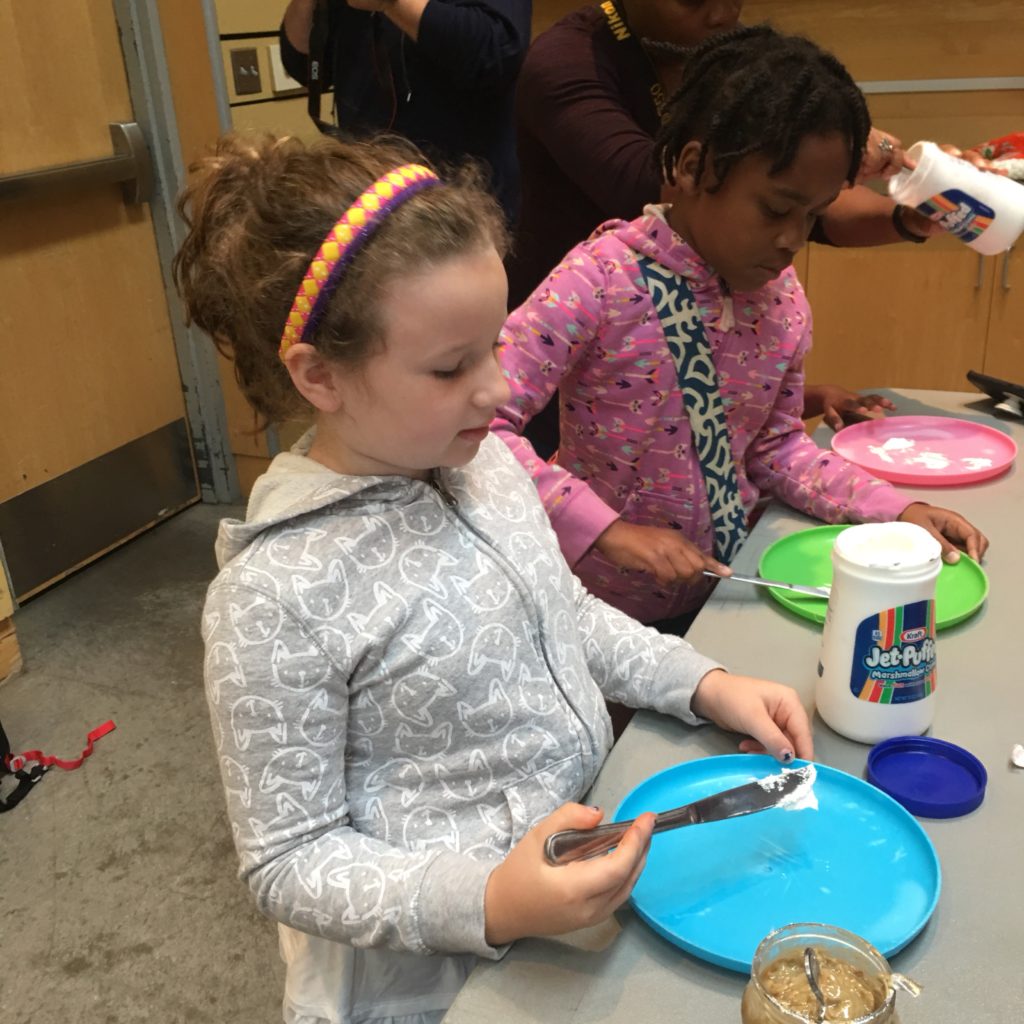 Not all enrichment are food based. Enrichment can be a toy or a smell or anything that can peak an animal’s interest and remind them of their natural tendencies. Today, we were making food based enrichment.

Peyton was super excited for this one. She loves animals and she loves making anything for an animal. So, for her, being able to make a treat for them was huge. 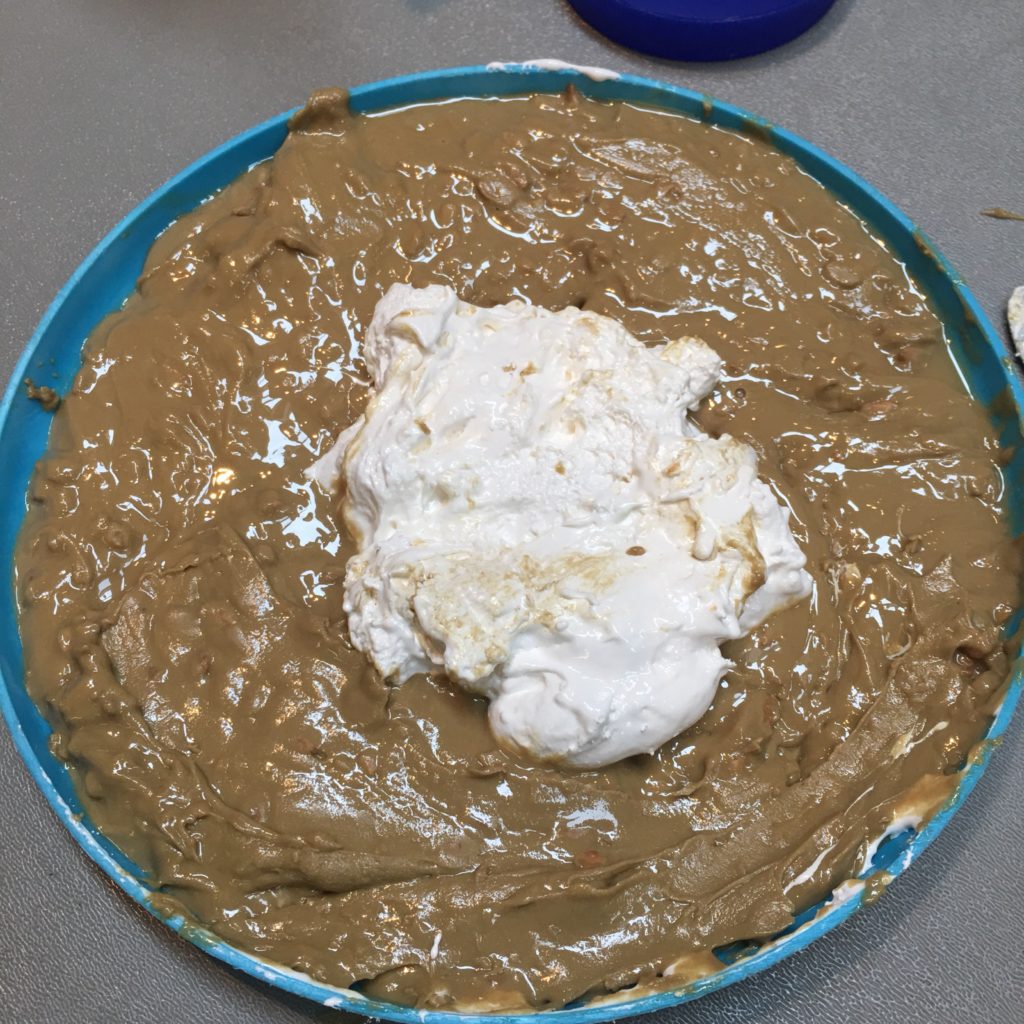 We took a Frisbie and turned it over so we could use it like a plate. Then we filled it with lots of yummy stuff like marshmallow fluff, sunbutter, sliced apples, cranraisins, and Cheerios. When Peyton felt she had enough goodies on the Frisbee we put it on a cart for the zookeeper to take out to the polar bears. 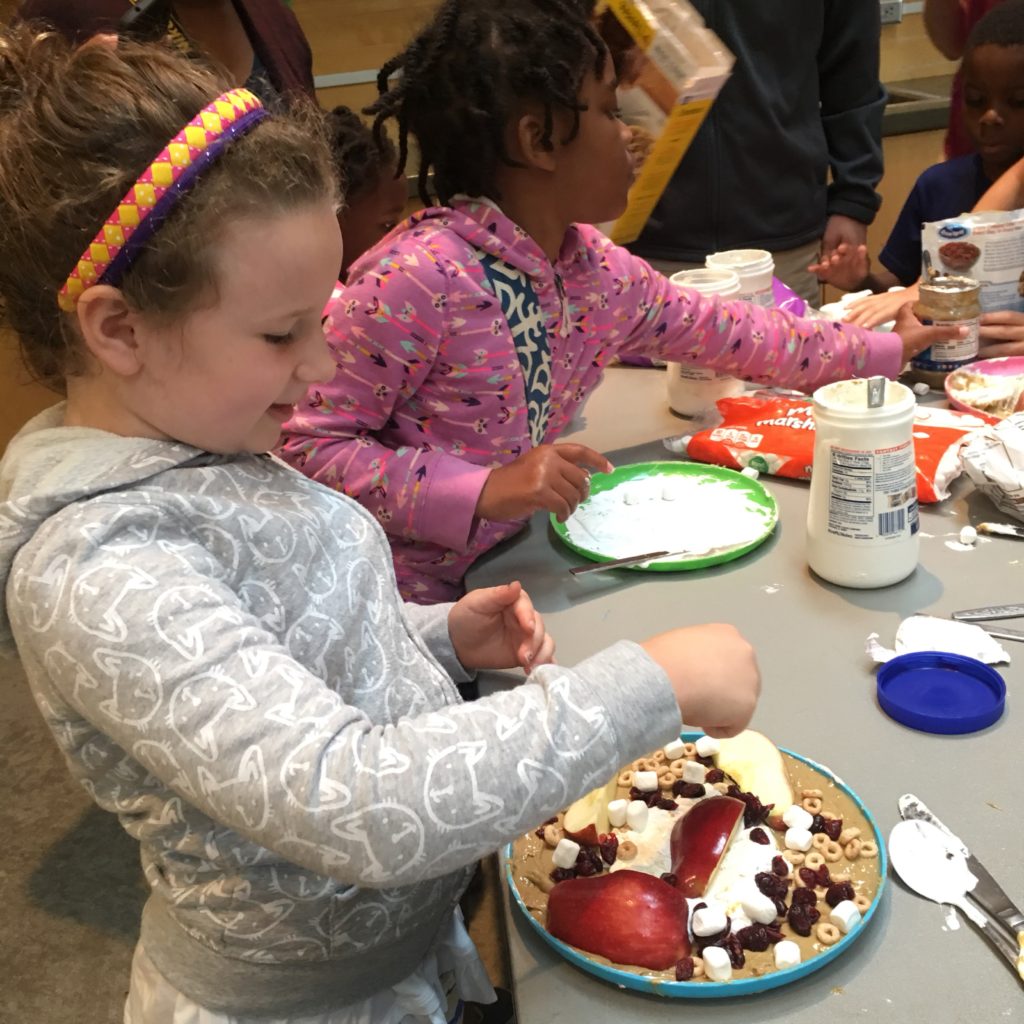 Then we went on a little guided tour of the zoo. Even though I have been to the zoo dozens of times I was learning thing today that I never knew! And I was getting to see things I had never seen before. 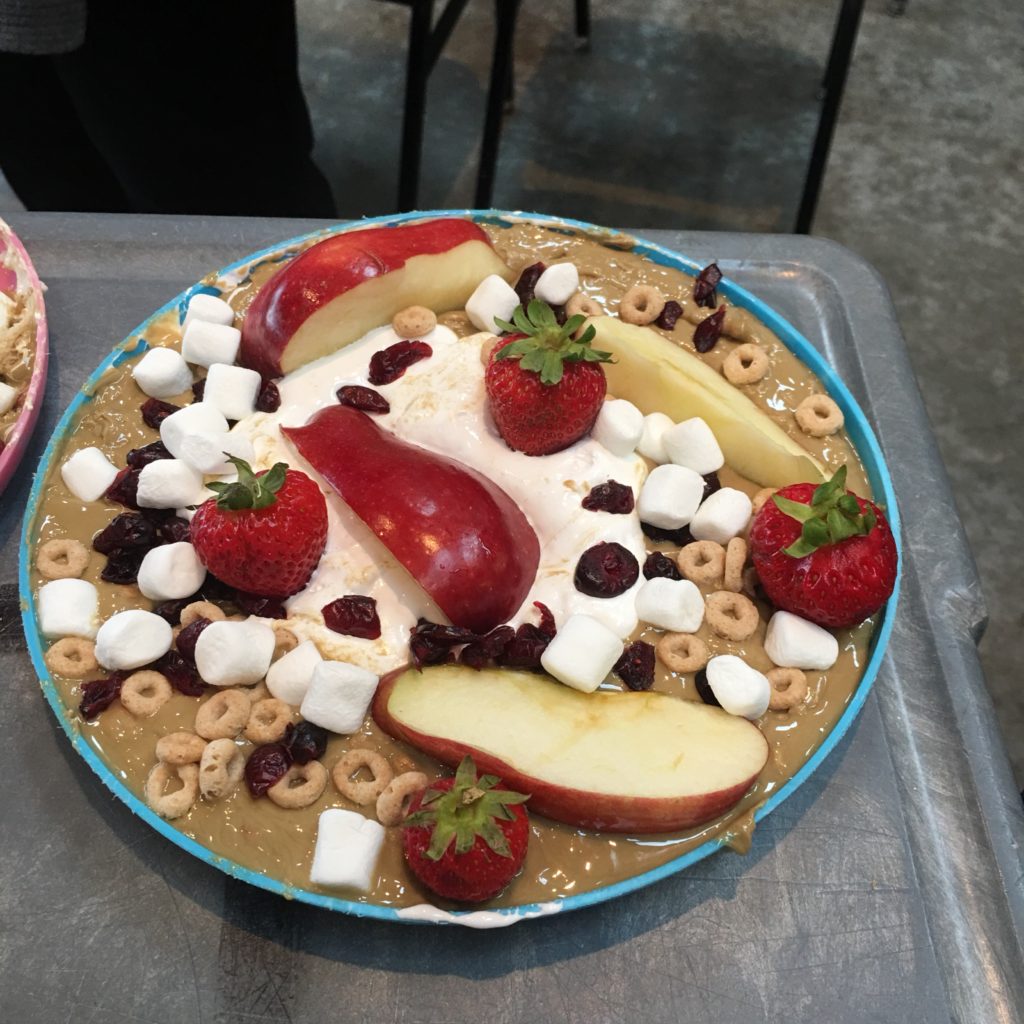 When we got the Polar Bear exhibit they were just finishing putting out our projects and then they were going to let the bears into the exhibit. Peyton was looking everywhere trying to find the Frisbee that she had filled. And let me tell you, she filled that Frisbee until nothing else could fit on it! 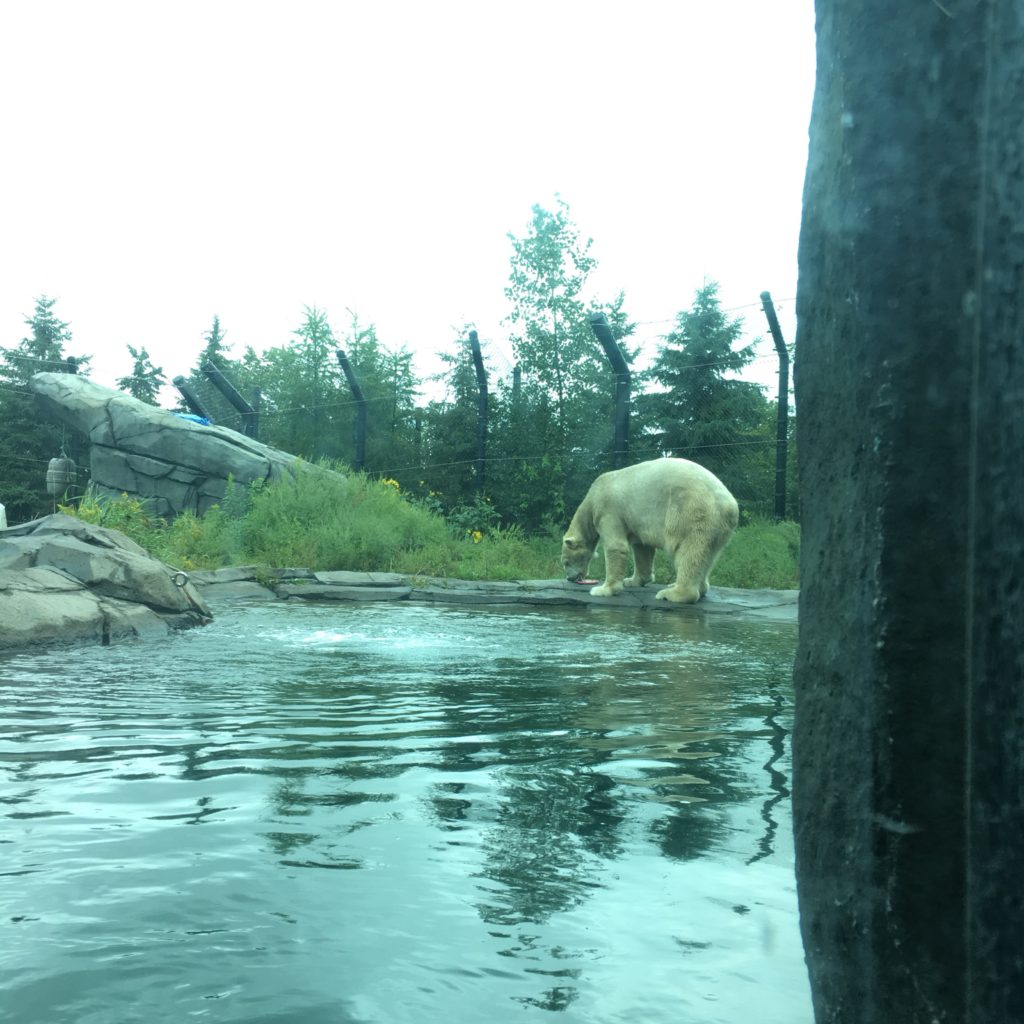 We watched the Polar Bears walk through the exhibit and find all their enrichment projects. It was so much fun seeing them enjoy something that we had created for them. 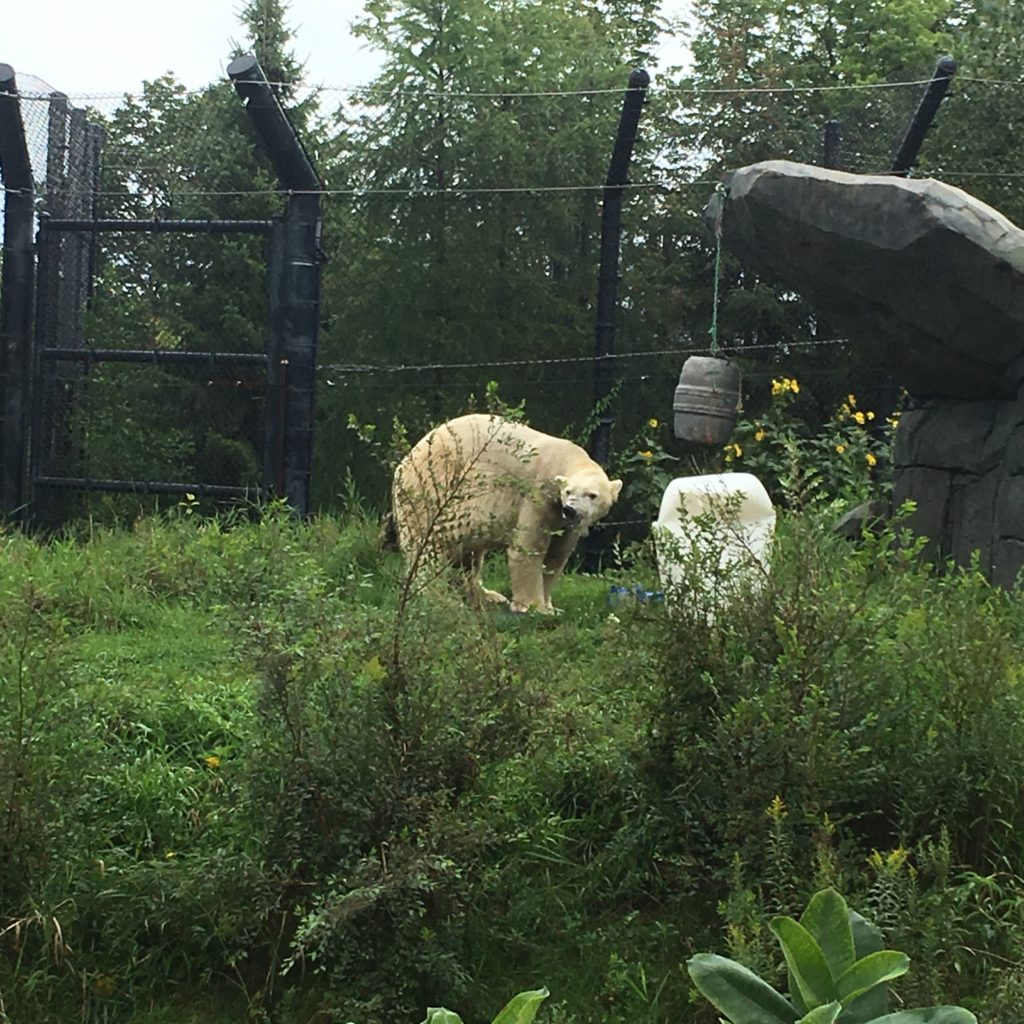 There is so much to take in and see at the Como Zoo, I can easily spend the day there. But one of my favorite things about the Como Zoo is it is free to visit. They do ask for a donation but it’s voluntary. I love this because it makes the zoo accessible to everyone. No matter how many children you have you can afford to visit the Como Zoo because they ask you to pay what you can. And they won’t turn anyone away. Everyone gets to visit the animals and learn.