Summer is nearly here, the kids are anxious for school to end. The weather if finally starting to warm up which means kids are chomping at the bit to get outside and play. Reactorz has a few new toys that can help keep your kids outside in the fresh air playing for hours, some even after the sun starts to go down. 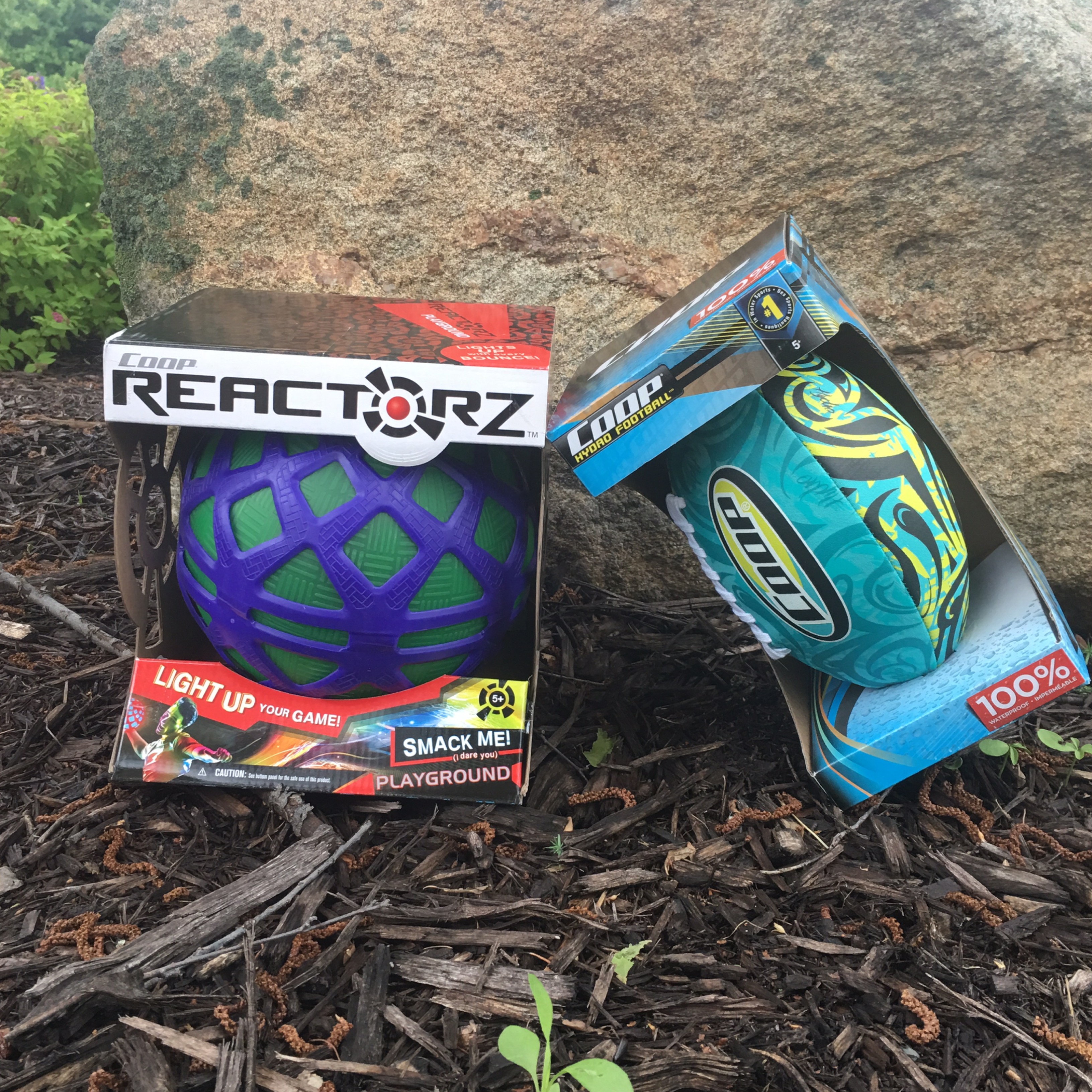 My favorite new Reactorz is the playground ball. Did you know it lights up when playing with it?? This is the perfect ball for us. Here in Minnesota, the sun is still going down fairly early. It’ll be a few more weeks till the sun is out past 9. And then in the fall, it gets dark early too. The playground ball will be perfect for the kids to play with on those occasions when it gets dark early.

As you can see, Peyton loved kicking the ball around the yard. She also said it was easy to hold on to and fun to bounce on the driveway. This will definitely be a ball that she brings out and plays with when her friends are over. 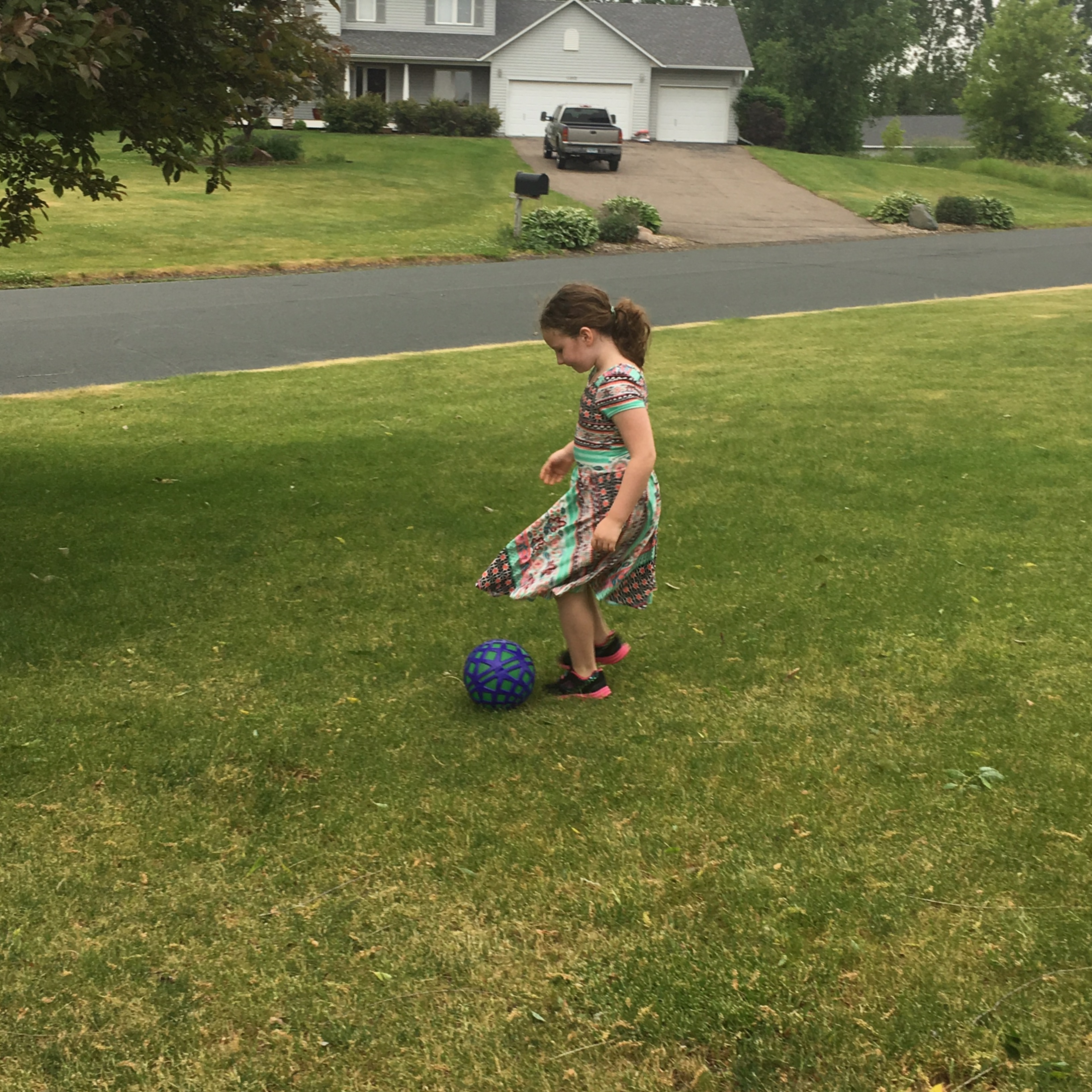 Pictured is the 8″ playground ball. Curious as to how the ball lights up? Well, there are built-in LEDS the create a flash of light whenever someone tosses or catches the ball. It also works when you’re kicking it around too! The textured casing makes the ball easy to toss and catch. Peyton really had fun running around the yard trying to see how many times she could get it to light up. 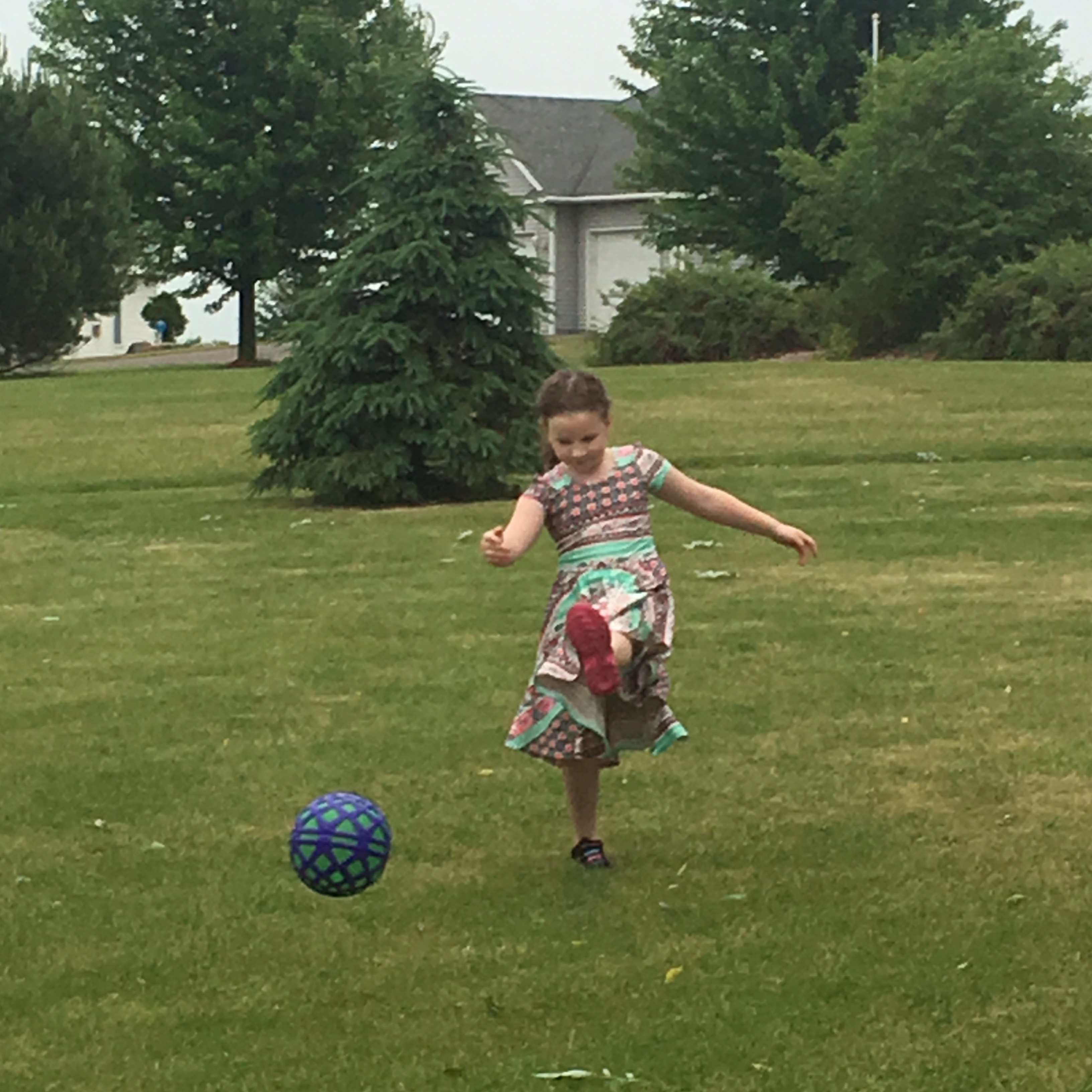 Another fun item is the Coop Hydro Football. You all know we have a pool in our backyard and that means every single toy we own eventually ends up in the pool at some point. Sometimes it because the kids want to play with it in the pool other times there is some incident with a toy flying through the air and landing in the pool. The Hydro Football is made for the pool! It’s the perfect football that you can use in the pool or in the backyard. 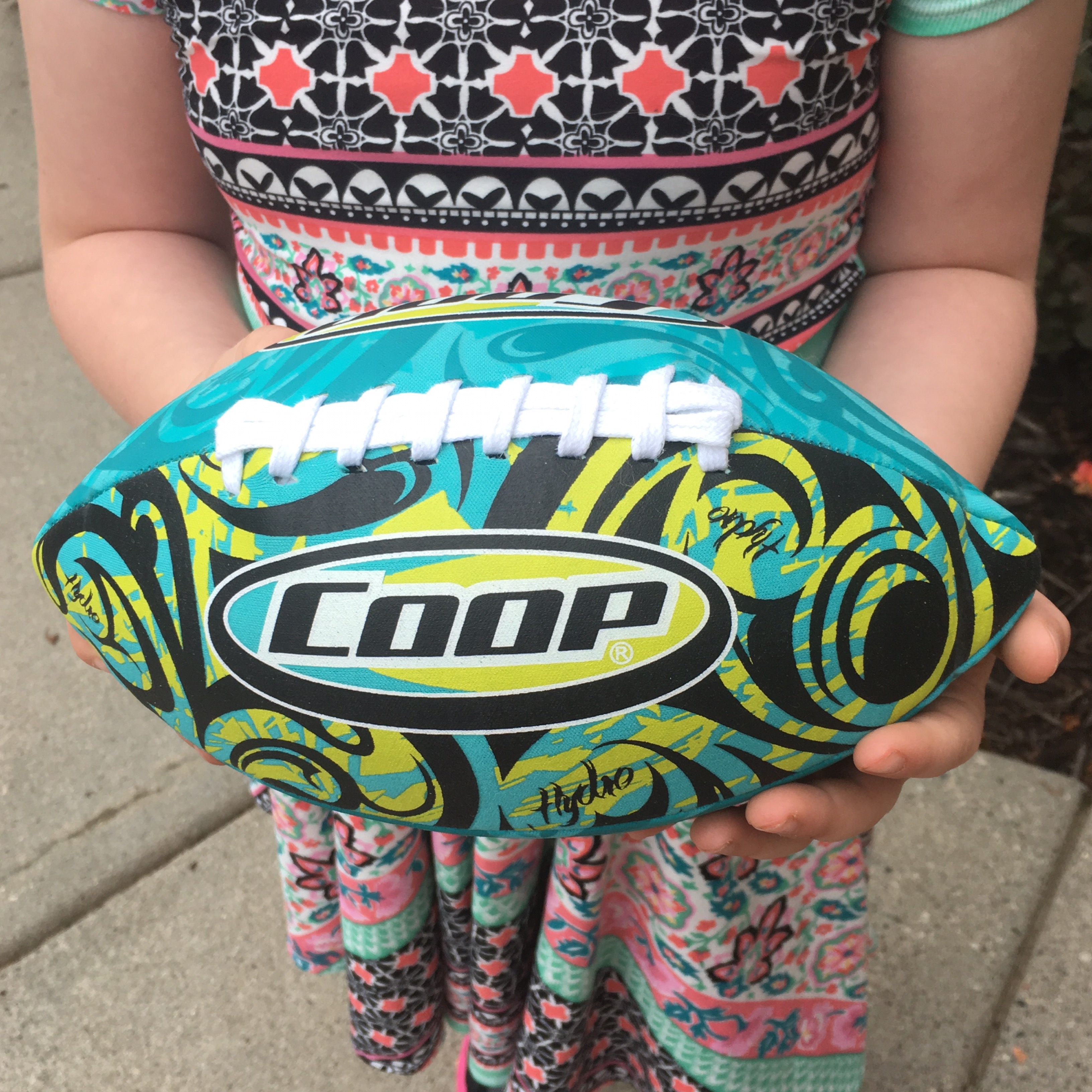 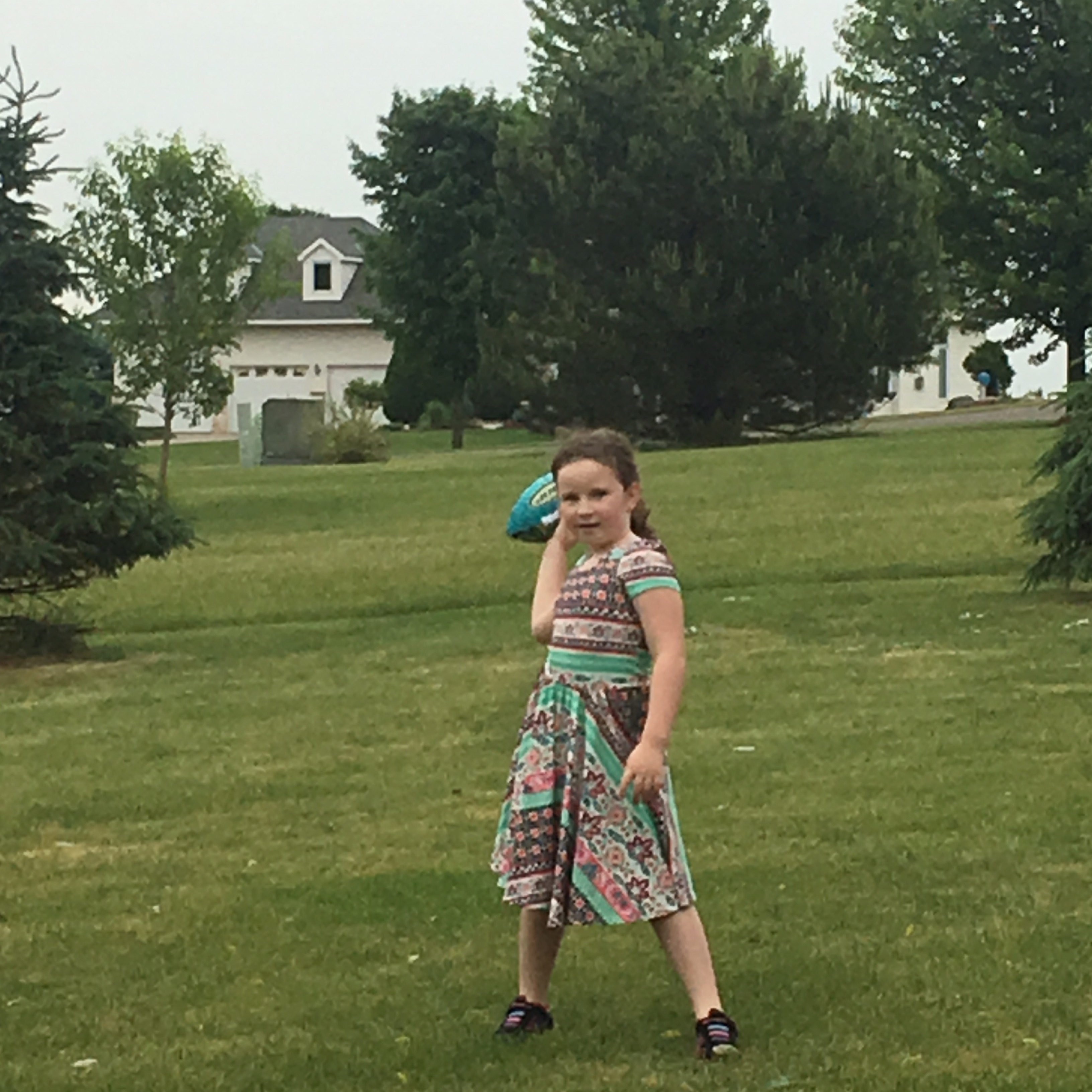 Peyton still needs a few more lessons with the football but she had a good time throwing it around.

All of the Reactorz gear can be found at Toys R Us (online and in store), Target, Academy Sports, online and at various toy stores.