We just found out the kids are getting out of school early this year due to some restructuring in the district. We also just found out that means there will be nearly 2 weeks without any summer programs! They didn’t plan that one very well. So if you are in the same boat as my family you’re probably scrambling for things to keep your child busy while you still have to work. A Stork’s Journey can help fill 84 of those minutes. For a limited time, from June 1 to June 28th, A Stork’s Journey will be able for free streaming on the Google Play Store! 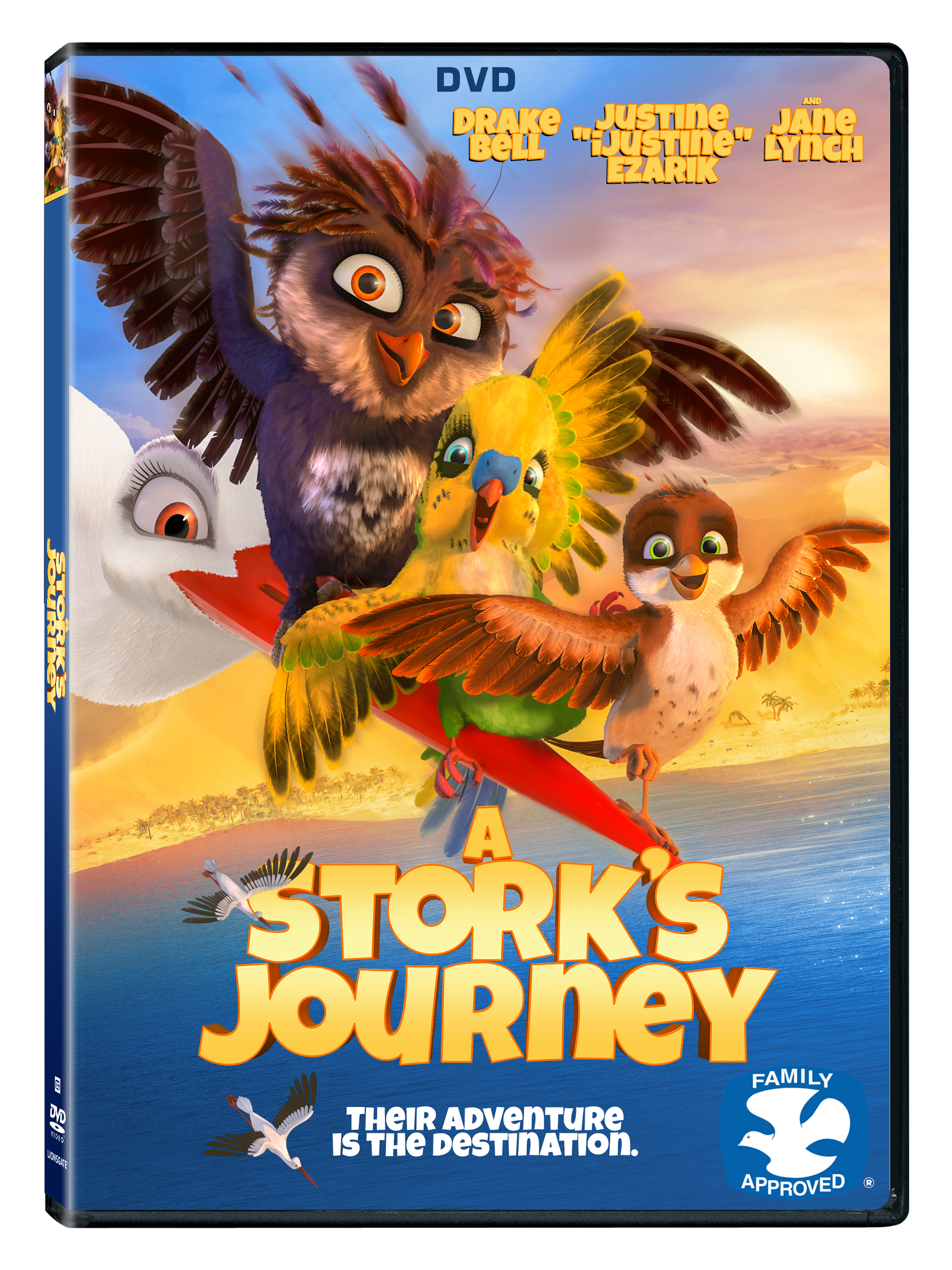 This family-friendly, feature-length animated adventure will be available to redeem for free* for a limited time on Google Play from June 1 to June 28, 2017. A Stork’s Journey will make its debut in theaters on June 30 and will be available on DVD, Digital HD, and On Demand on July 4.

You and your child will be able to see it before it even hit theaters!

Featuring the voice talents of Drake Bell (Superhero Movie, “Drake and Josh”), YouTube star Justine “iJustine” Ezarik, and Jane Lynch (“Glee,” Wreck-It Ralph), A Stork’s Journey follows Richard, a sparrow orphaned at birth and raised by storks who believes that he is a stork, too! But when winter comes and the storks prepare to migrate to Africa, his stork family must reveal his true identity and leave him behind in the forest with the other sparrows since he would not survive the long journey. Determined to prove he is a stork, after all, Richard ventures south on an epic adventure, accompanied by friends big and small, to unleash his true potential and be reunited with his family.

So if you are looking for something to keep your child busy for 84 minutes or looking for a family friendly movie to watch together check out A Stork’s Journey. It looks like it’s going to be super cute!