Rocking is a natural motion we all do. Think about it, your natural instinct kicks in when you are holding a baby and you rock. Sometimes it’s side to side, other times it’s back and forth.  Babies love it! Everyone loves to rock, no matter what age they are. But as babies get older and turn into toddlers it becomes a little harder to hold them and rock. But they still want to rock! And they are also exploring their independence so they don’t want you to rock them. They want to rock themselves! Peyton had a Rockabye Butterfly Rocker when she was little and loved it. I remember when she opened the box her face lit up. It was, by far, her favorite birthday present that year. And she used her Rockabye until she was in Kindergarten! Peyton cherished her butterfly. 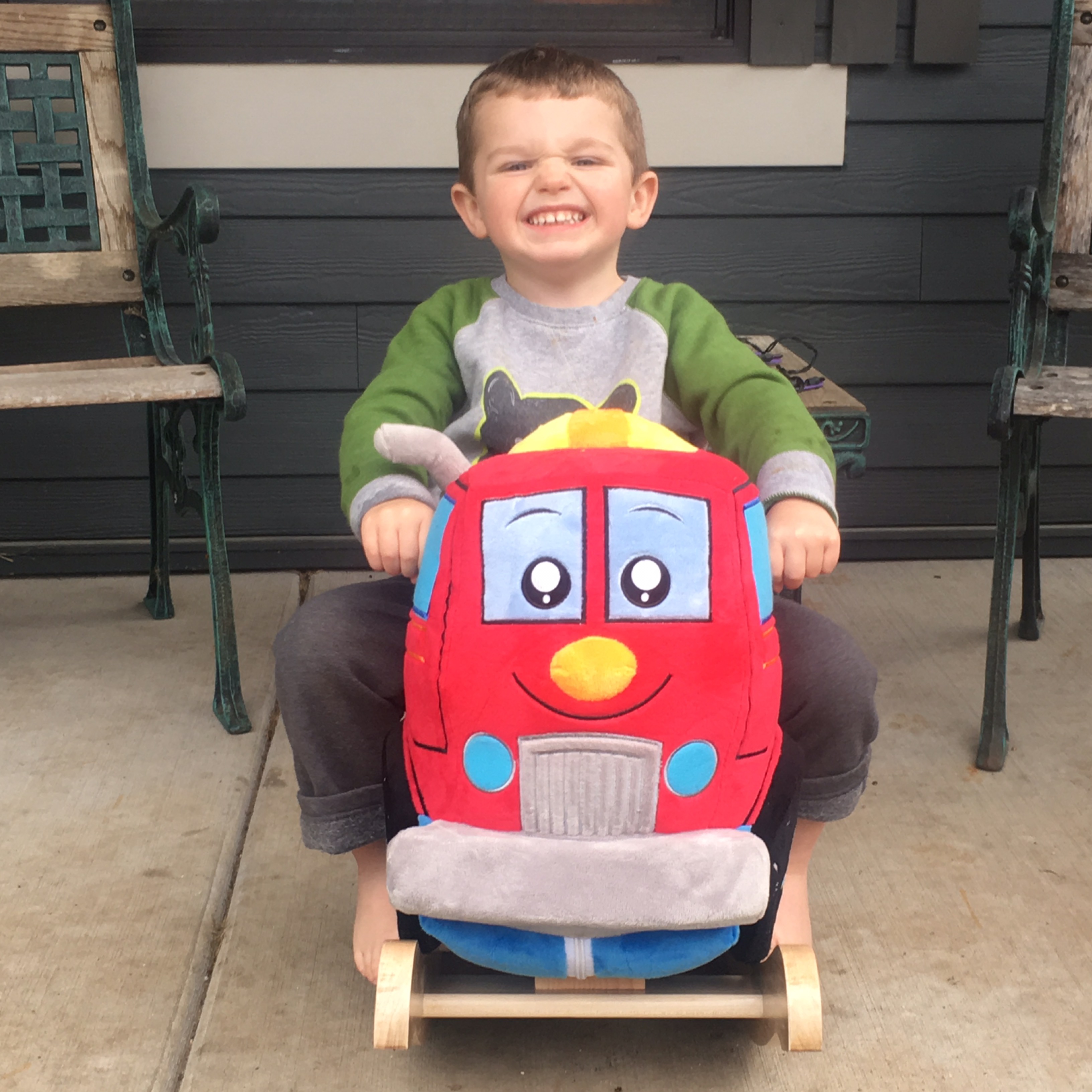 I chose the dump truck rocker for my nephew. He loves construction vehicles. Every time we see one, we have to stop so he can watch them work. J was very excited when he unwrapped his rocker. It’s also very intuitive. J jumped on his rocker and knew right away what to do without anyone prompting him or demonstrating what to do.

Each Rockabye Rocker comes with 4 songs. J saw the buttons and started pressing them. Each button plays a different song – ABC Song, 123 Song, The Colors of the Rainbow or I Luv 2 Rock. You can hear all the songs online. J’s favorite song was the I Luv 2 Rock song. Each one has a catchy beat and playful sound that children love.

As a parent, I appreciate the sturdy construction of Rockabye Rockers. Kids are not gentle and toddlers are rough on everything. Each rocker is made with solid maple wood and a special non-toxic oil based lacquer to help seal the wood.

I chose the peacock rocker for my niece. When J saw S’s rocker he jumped off the Dumpee the Truck Play and Rock and scurried over to the Peacock and jumped on. There was a commotion until we got J back on his rocker. Both kids LOVED their Rockabye Rockers. 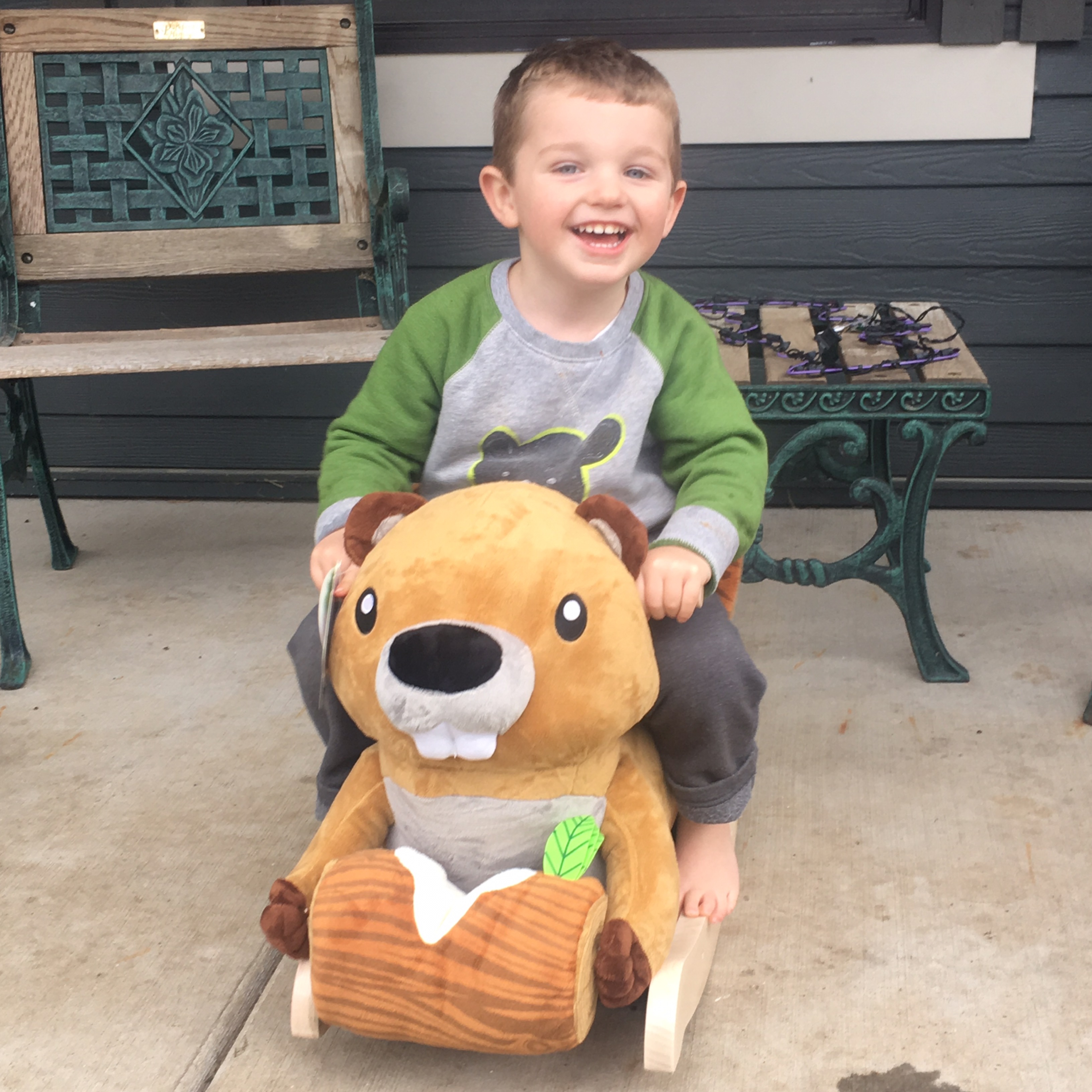 And we picked up the Beaver rocker to give as a baby shower present. Why the beaver? Because it’s gender neutral and super cute! There are so many rockers to choose from it’s hard to pick just one you want to bring home with you. I think my favorite rocker they have right now is the Puff the Periwinkle Dragon Rocker.

There are so many rockers to choose from. Which one do you want to bring home?