Peyton loves to go to zoos and it is my goal to take her to as many as I can while she is little. When I heard about the Reptile Gardens: Wild Animal Park I wanted to check it out. At first, I thought it was a zoo full snakes but I was completely wrong. There are many more animals besides snakes. But, you do see a lot of snakes. Like a whole building full of various snakes. I must admit, even though I’m not a fan of snakes, I found it fascinating to see how many different snakes there are in the world. 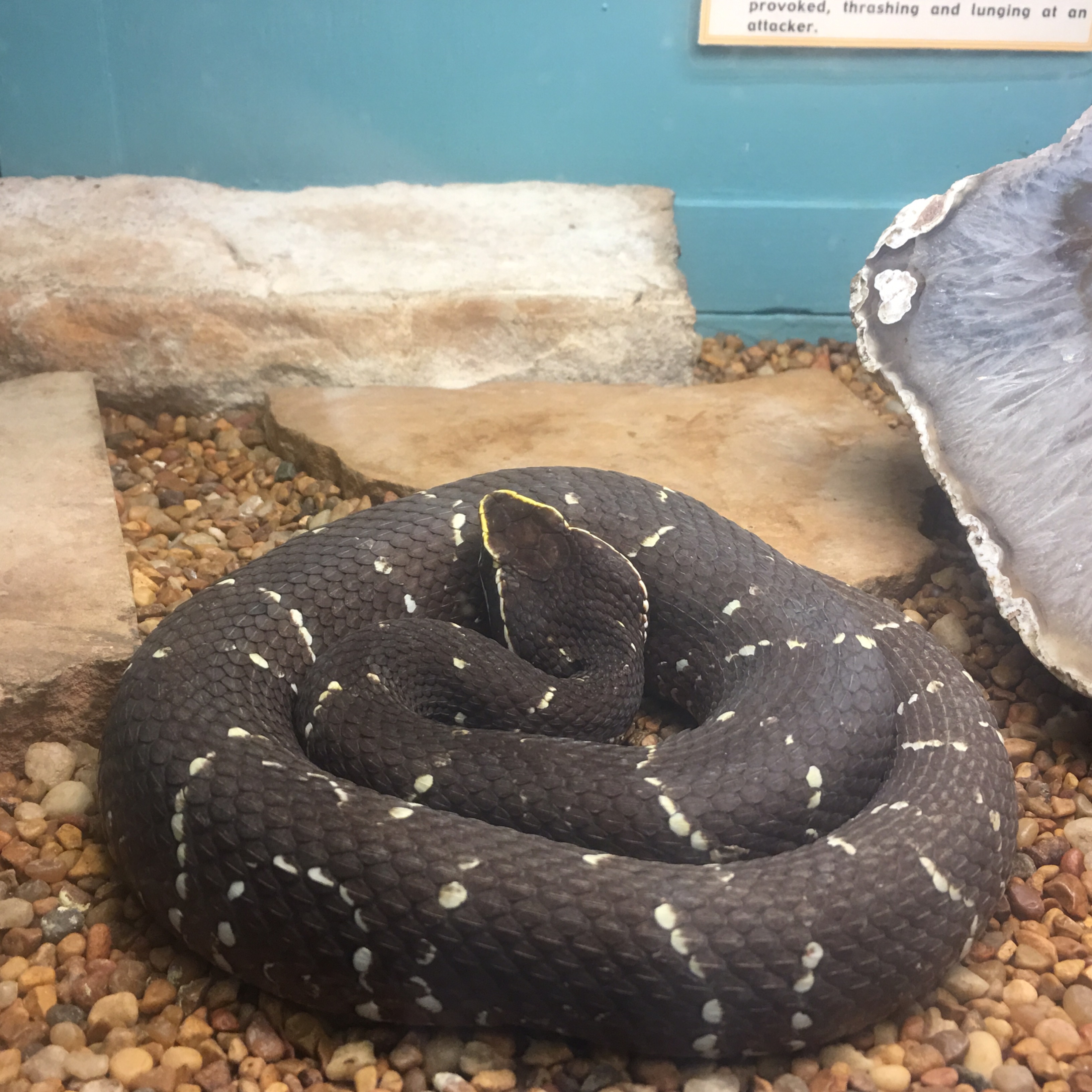 There are also a slew of frogs! As we were observing the various frogs the kids started to get excited. They saw the frog from Rio 2 and couldn’t believe it actually existed in real life! And the kids were surprised there are so many different types of frogs. We live in Minnesota and all we see are basic, boring green frogs. Nothing too exciting. So when they saw a blue frog it blew their minds. 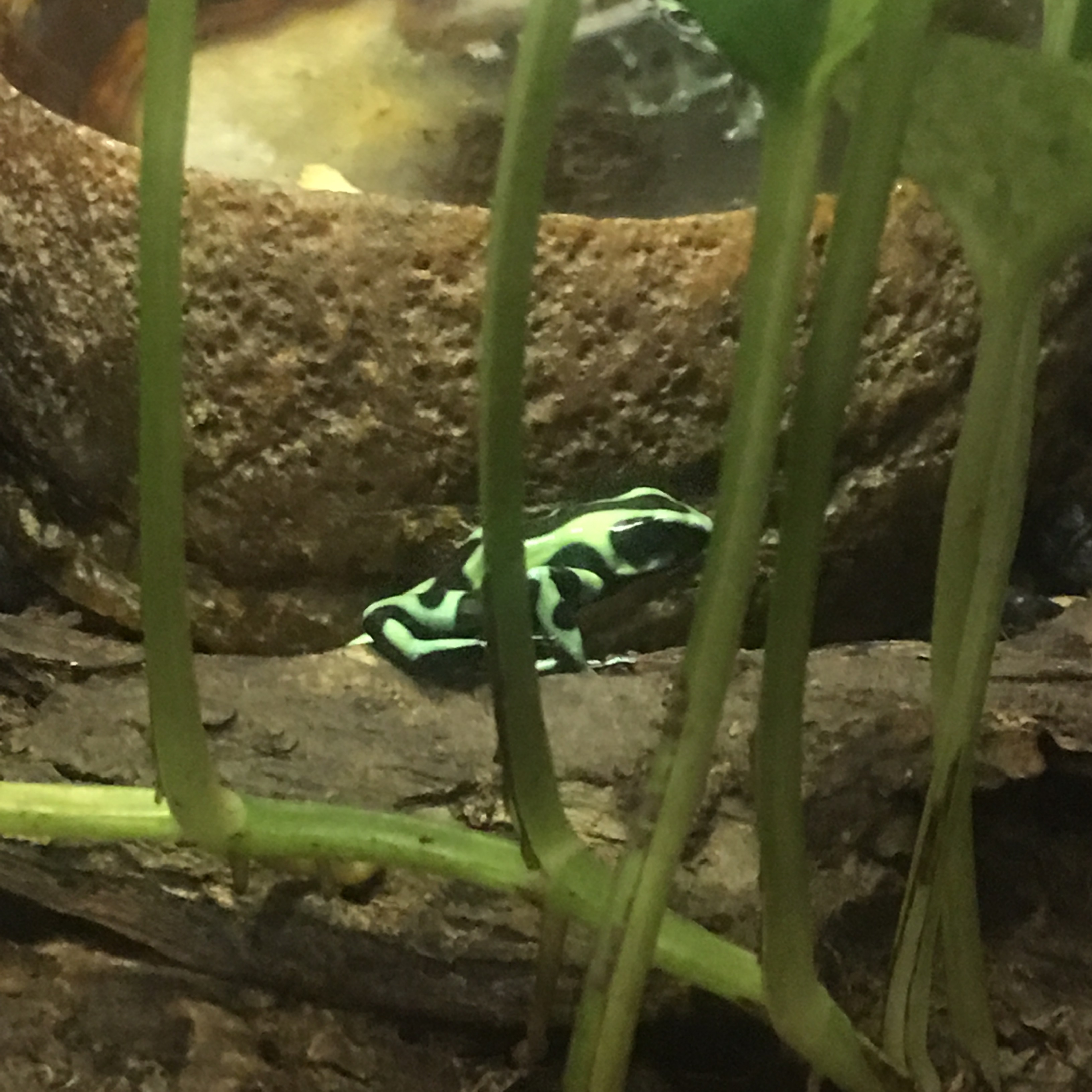 In the warmer months, there is a crocodile show! However, we visited in mid-October so the show was not performing at this time. Typically, South Dakota has snow by mid-October. It was in the high 60s the week we were there and that is considered a heat wave. But, that is too cold for a crocodile. 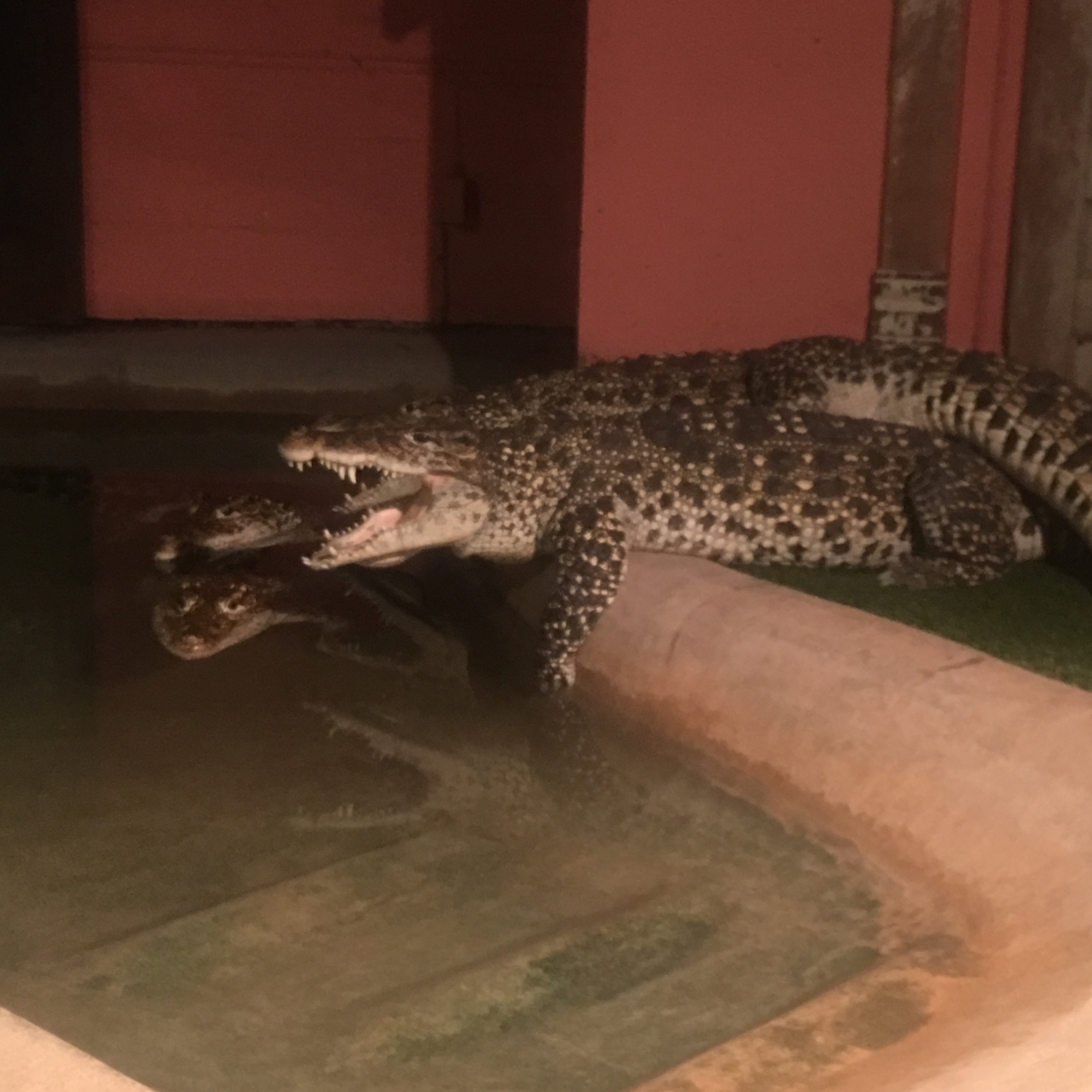 They did have the giant tortoises outside when we visited. They were a big hit with the crowd. I could not even see them with the amount of people surrounding the tortoise. When we did get a glimpse at them, both kids were impressed with the size of them. 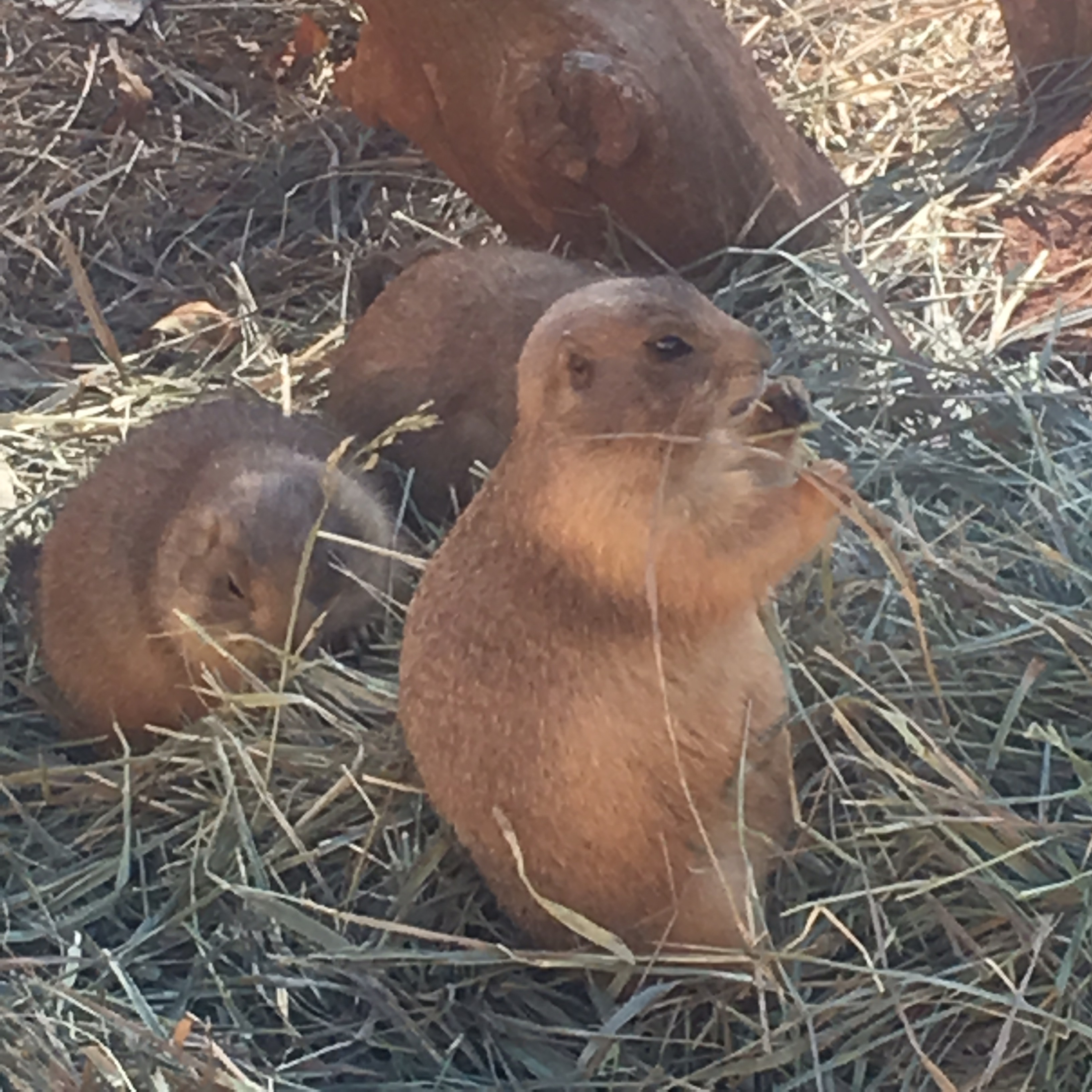 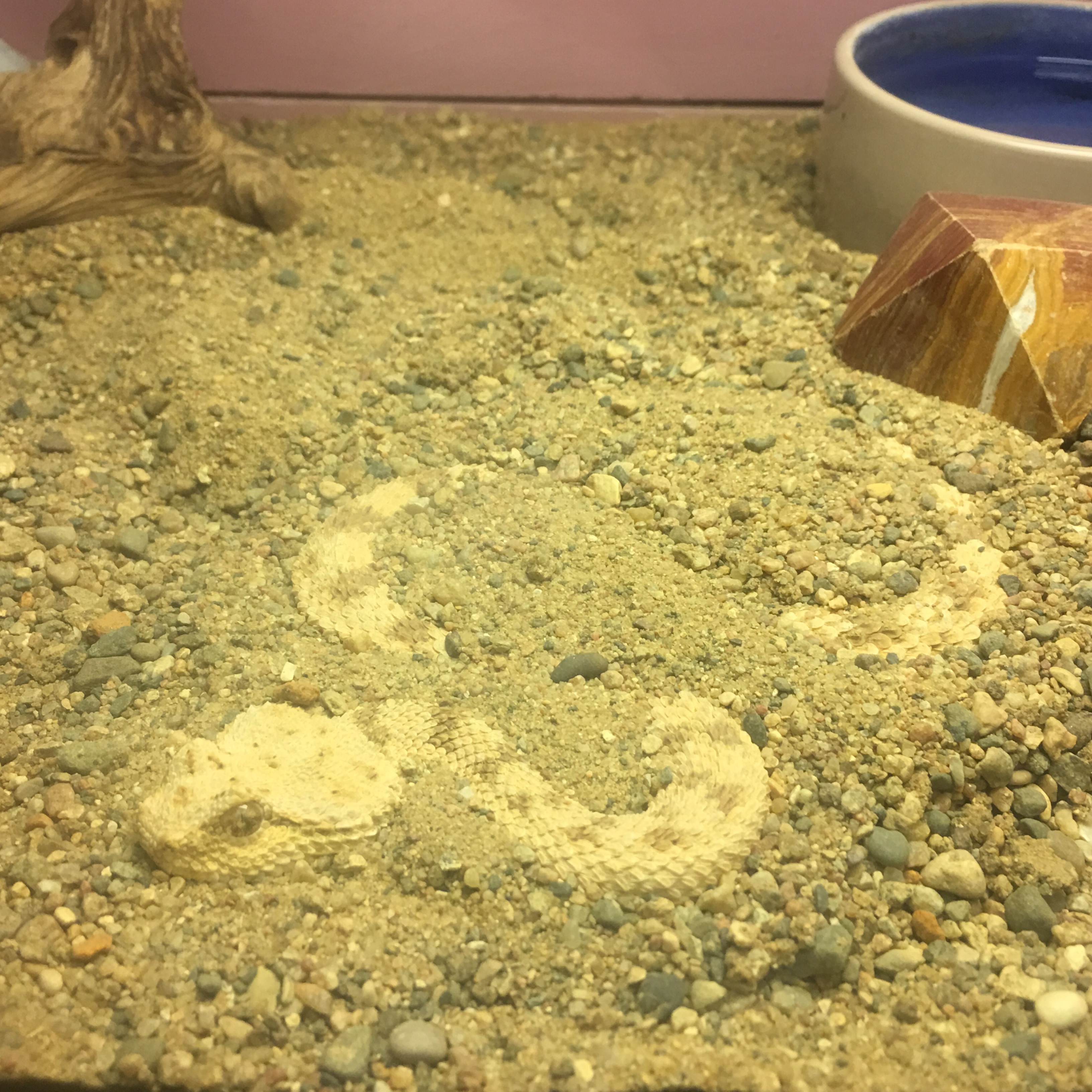 The Reptile Gardens has 3 types of shows it performs during the summer months – Bird Show, Gator Show and Snake Show. The Gator show is seasonal, during the cooler months it is not performed. When we were there, the bird and snake show were happening every hour on the hour. So at 9 am was the bird show and then 10 am the snake show. Then at 11 am the bird show. The shows alternated throughout the day until close. 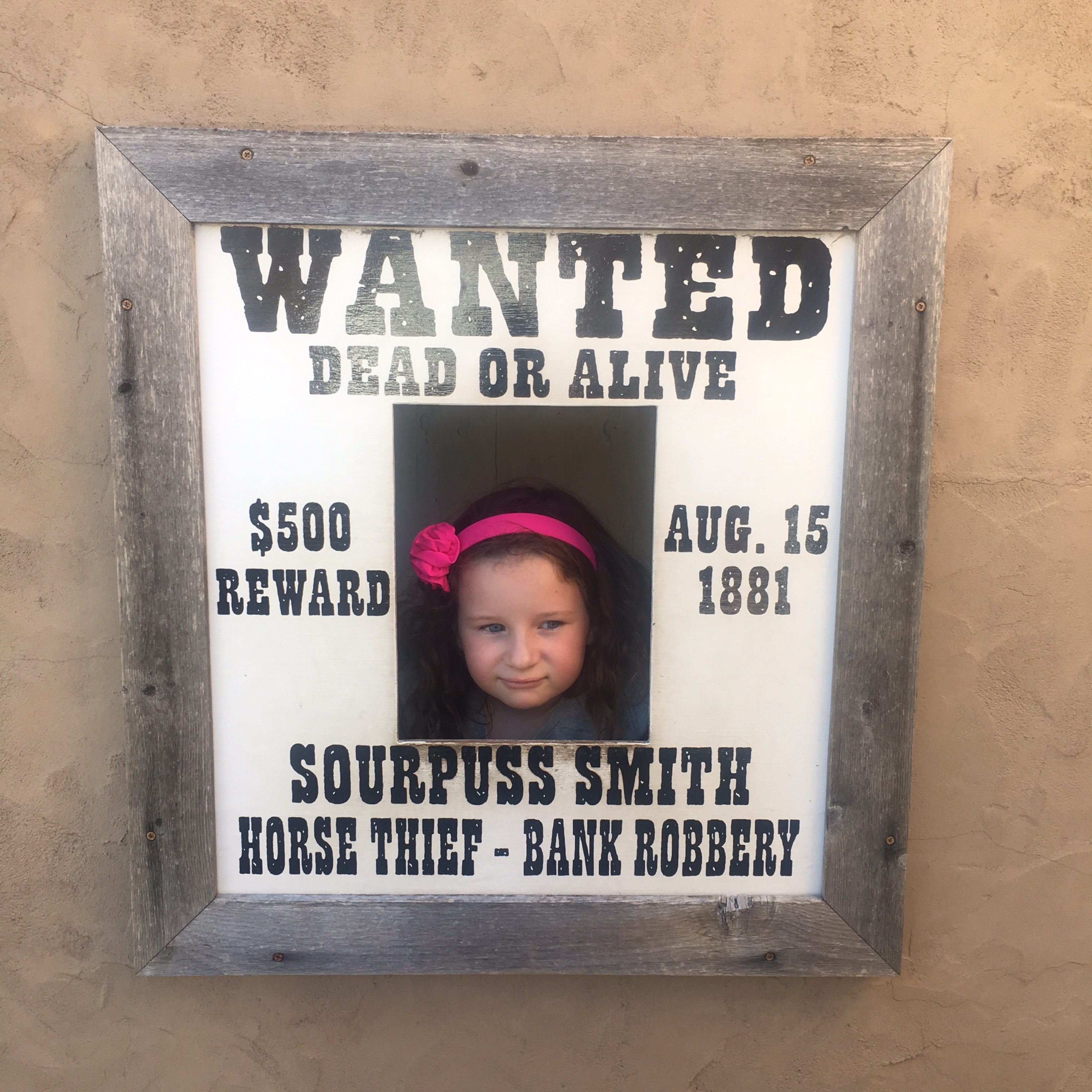 Once you have taken in all the animals and shows, there’s a little playground for little ones to burn off some energy at. There is also the Bewitched Village – a place where bigger kids can burn off some energy while parent relax. This was closed while we were there so I’m not sure what all there is for the kids to do. But it did look like some possible gem mining, picture opportunities where you can pretend to be an outlaw and maybe some games. Peyton had a blast playing in the jail area. 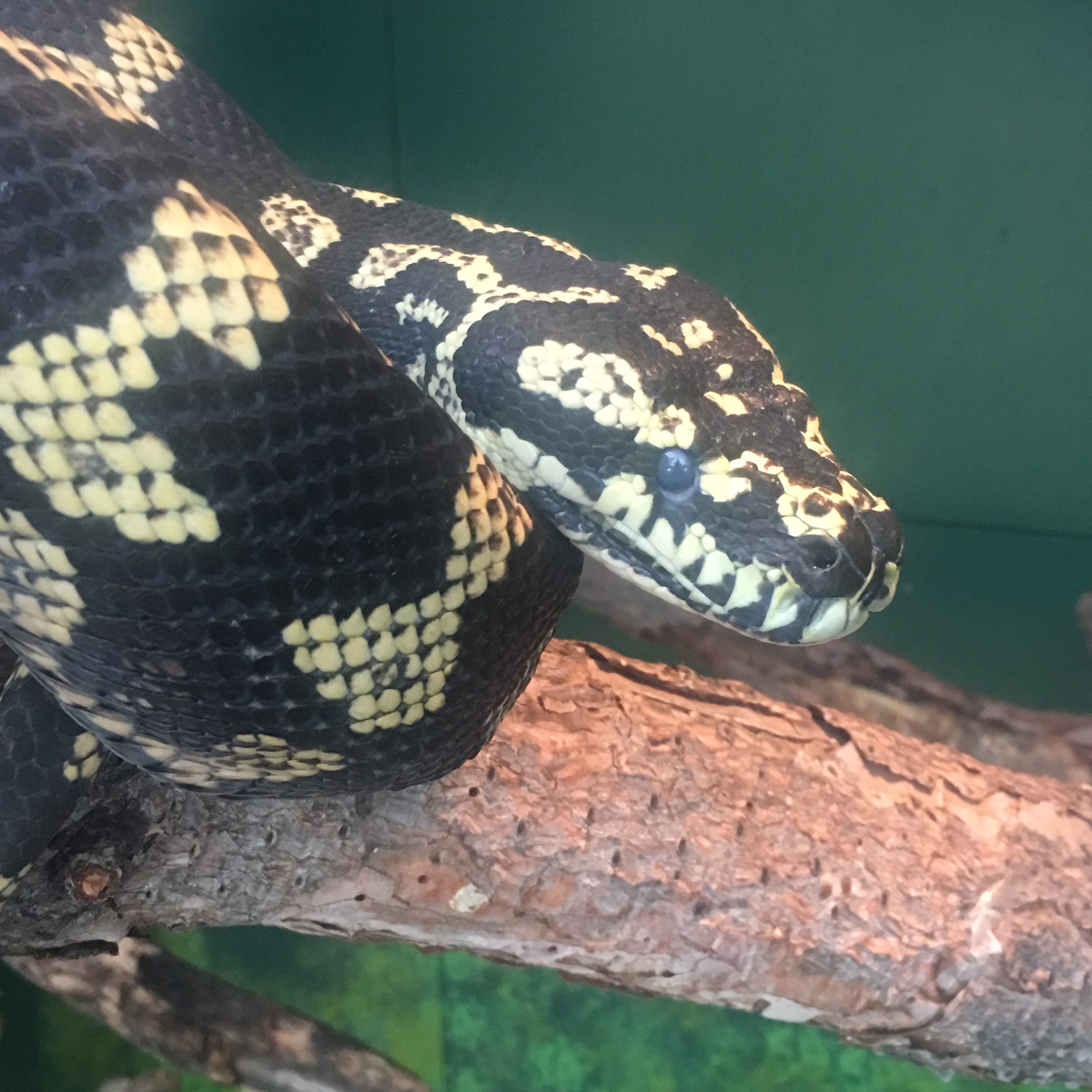 Even in the off season we spent a fair amount of our day at Reptile Gardens. I can only imagine how much time we would’ve spent if the whole park would’ve been open. I can easily see this be nearly an all day visit. By the time you take in three shows, visit all the animal exhibits and play in the Bewitched Village it could easily be 5 or 6 hours.  They even have 2 places you can stop and grab a burger while enjoying your day.